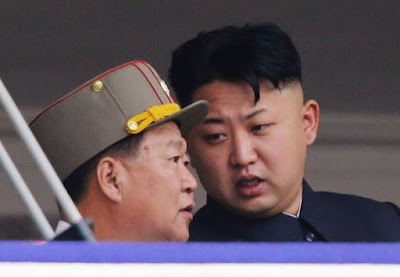 Kim Jong-un has disiplined his right-hand man who dared to defy him, according to reports.

North Korea's dictator has sent Choe Ryong Hae(pictured with Kim), a popular member of his inner-circle, for "re-education".

It is understood that Choe Ryong Hae may have defied Kim Jong-un, who over the past 18 months has brutally executed many of his high-ranking military and political chiefs.

Those sent for "re-education" are usually subjected to brutal psychological torture.
Speaking to CNN, Victor Cha, from the Centre for Strategic and International studies, said:

"It's not a country club, it is almost certainly a very gruelling process where there is both mental and physical abuse."