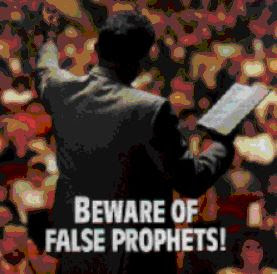 An alleged self-confessed pastor, Sadeeq Mustapha, is facing trial at a Lagos State Magistrate Court sitting at Ogba, Agege where he has been charged with alleged attempt to rape two men.

Sadeeq (27) allegedly attempted to forcefully have sexual intercourse with a transporter, Oladimeji Taiwo, and a teacher, Yusuf Idowu, on October 9 and 10. The incident allegedly took place at No 9 Disu Akogun Street, Dopemu, Lagos.

Vanguard reports that ,in his statement to the police, Oladimeji, one of the alleged victims narrated that the defendant met him in Dopemu area of the state, introduced himself as a pastor and then asked him for road direction around the area. After directing him, the alleged victim said the suspect requested to pray for him and that, since he liked associating with men of God, he took him (the pastor) to his house where he introduced him to his fellow tenants as a brother.
Oladimeji explained that they went into prayer session after the suspect had “blessed a table water he bought” on their way home, saying the prayer, which started late in the night, lasted for some time. He alleged that while the prayer lasted, the suspect ordered him to pull off his trousers and shirt, which he did. He added that, at a point, he started noticing some moves by the suspect and, as such, decided not to close his eyes anymore.

Oladimeji further alleged that the suspect’s mood changed as he asked him to lie down flat because, according to the suspect, the level of prayer they were about to go into required that he (the suspect|) lies on top of the person receiving the prayer. But that on noticing that the suspect was about to sleep with him rather than pray for him, he stood up, directed his gaze at the suspect, who had noticed a resistance to his intention, and warned him sternly against the attempt. He said he called off the prayer and sat down wondering with disbelief the alleged attempt to rape him.

He said that because he didn’t want to disgrace a man who said he was a man of God and the fact that he had already introduced him as a brother, he allowed the suspect to go in the morning, unmolested, but told him never to come to his house again.

Oladimeji said that after that, he left for work and did not return till the following morning. Upon his return, the alleged victim was amazed to still meet the suspect in his house. This was because the second victim, Yusuf, who only saw the Sadeeq and his co-tenant the previous night, did not know what had happened and, as such, had admitted the suspect into his apartment the second night during which the defendant allegedly attempted to rape him in the same manner he tried to rape Oladimeji the previous night.

On sighting the suspect, the latter said he ordered him to leave the house immediately but that Mustapha refused, prompting him to pick up a machete to attack him but for the intervention of neighbors who were later shocked to hear what the suspect allegedly did to his two victims. Still reluctant to leave the house, Oladimeji said he called his uncle, who instructed him to get the suspect arrested, which he did.