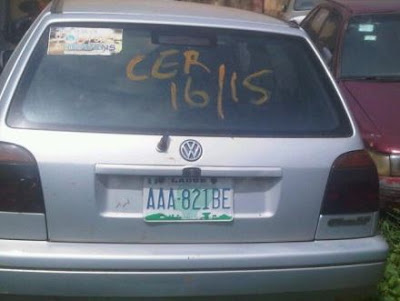 A 49-year old self confessed prophet, Moses Okezie has been arrested and remanded in prison for allegedly defrauding money and engaging two different women in marathon sex in form of spiritual deliverance in Lagos state.

Okozie who hails from Isiala Ngwa in Abia State and resides at 6 Olowo-Okere street Idimu is  a father of four was first brought to the court sometimes in August 2015 for allegedly defrauding a 27-year old Philomena Ajil to the tune of N550,000 and took her to a hotel in Ikotun area and engaged her in sex deliverance for her to be successful in her business.

According to PM NEWS, the sex romp lasted for several days before the victim realized it was a scam.Okozie was however granted bail by presiding Magistrate, Mrs J.O.E Adeyemi.

Not remorseful by his earlier wrongdoing, Okozie went again and committed a similar offence.
Last week, Okozie was arrested and charged to the same Ejigbo court for allegedly defrauding another 26-year old woman, Amarachi Dike to the tune of N1m, engaging her in marathon sex in a hotel under the false pretence of giving her spiritual empowerment for success.

The police also recovered a Golf car with registration number AAA 821 BE which he used to lure women into his fraudulent activity.The car was tendered as exhibit before the court by the police.

One of the victims, Dike narrated how she fell into Okozie’s trap while she was returning from church service from Festac area to her base in Iyana Iba area.She said he met Okozie and two other of his gang members, a female and a male when she was going home after service.

She said they pretended to be taxi operators plying from Festac to Apo junction near mile 2 area.
She said from there, she lost her consciousness and they took her to Ikotun under the false pretence that supply her goods which later turned out to prayer deliverance.
She narrated that Okozie who acted as a prophet forced her to drink a substance, she said after that, whatever he asked to do, she would comply.

She said she borrowed money from her relations and was sending to Okozie thereafter, noting that, he would engage her in marathon sex and explain to her that it was a deliverance session.
She said she realized herself when those she borrowed money started putting pressure on her and she opened up that she was hypnotised and duped.

The matter was reported to the police and Okozie was arrested and charged to court.
He pleaded not guilty.
The presiding Magistrate, Mr A.A. Fashola granted Okezie bail in the sum of N500,000 with two sureties in like sum.Okezie was remanded in prison custody pending when he perfect his bail.
The matter was adjourned till 2 December 2015.