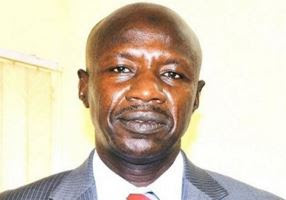 The Acting Chairman of the Economic and Financial Crimes Commission, Mr. Ibrahim Magu, on Wednesday took over the leadership of the nation’s foremost anti-corruption agency from his predecessor, Mr. Ibrahim Lamorde.

Magu vowed to intensify the campaign against corruption within and outside the agency.

He said, “While we will intensify on our work out there, we will also keep an eye internally, and will neither tolerate indiscipline nor condone abuse of office or acts of corruption.”

The Head of Media and Publicity of the EFCC, Mr. Wilson Uwujarewn, said in a statement on Wednesday that Magu charged all employees of the anti-graft agency to ‘brace up for fresh and greater challenges’ in the onerous campaign against corruption in the country.

Magu said that the commission under his leadership would give priority to the ethos of patriotism, dedication and fearlessness, for which the EFCC was known.

The new EFCC boss, who was a pioneer member of staff of the agency, vowed to ensure that public funds did not end up in private accounts.

He said that there was no better time to fight corruption than now, as it would be impossible to actualise the desired development of the country in an environment of corruption.

“I want to state our resolve not to falter on the well-established tradition of patriotism, dedication, courage and fearlessness, and we will take this responsibility with utmost seriousness that it deserves.

“There is the need to make sure that whatever is received for common use did not end up in private pockets,” he added

He commended his predecessor, Lamorde, for his tenure and the management of the agency. He also praised him for sustaining the objectives for which the commission was established.

The statement also cited Lamorde as telling the personnel of the commission to be patriotic and to avoid mudslinging.

He urged them to give the requisite support to Magu to enable him to succeed in his new assignment.

Lamorde, who described his exit from the commission as an act of God, said that there was no need to blame anybody for his removal with that understating.

“If you see it like that, you won’t blame anybody, and you will have peace of mind. Let us take whatever happens as an act of God.”

Uboh, while speaking with one of our correspondents on the telephone of Tuesday, said Lamorde’s exit would not amount to the end of the petition.

He said, “Of course, no, because the petition is against the EFCC’s past and current leadership over investigation, prosecution and return of funds. So, I don’t see how one person’s sacking (Lamorde’s sacking) will lead to the end of the petition.”

He also said he would not expect the new acting chairman of the commission to investigate the allegations.