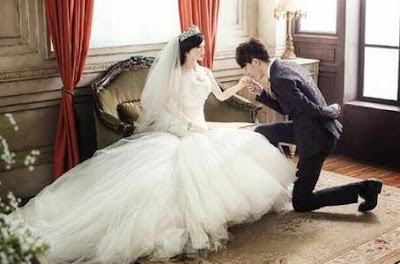 A man with terminal cancer was desperate to get married - but didn't want to leave a heartbroken widow,so he married a sex doll.Now,his wedding pictures have become a viral sensation in his native China.

CCTV reports the Beijing man reportedly wanted to experience a fancy wedding shoot before he died, so he brought the life-like inflatable doll and got the full works - including a makeup artist and a beautiful wedding dress. 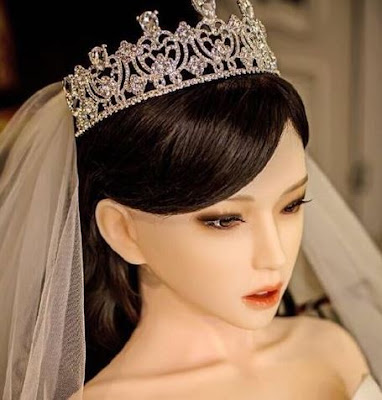 "Some netizens recently revealed that the man is actually suffering from a deadly cancer.

"In order not to hurt other people's feelings, he chose to marry an artificial doll instead of a real person."

The photographer who snapped the series of pictures defended the man's unusual nuptials.

She said that even if she didn’t necessarily agree with the man’s choice of marrying a doll, he still deserved to be respected as a matter of personal freedom.