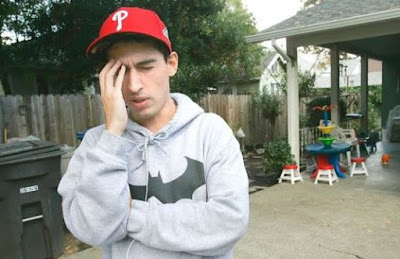 A 26-year-old man was told by his doctor he had 30 minutes to live, after a brain scan revealed he had a tapeworm living in his brain.

Luis Ortiz, a student at Sacramento State in California, was rushed to Queen of the Valley Medical Center by paramedics in August, after suffering from the “worst headache of his life.”

Luis was told he had 30 minutes to live. He was promptly put into a coma and doctors performed emergency brain surgery. Using a tool equipped with a camera, surgeons removed the larvae of a parasitic tapeworm living in a cyst that was blocking off circulation to the rest of his brain.
“The doctor pulled it out and he said it was still wiggling, and I’m like ‘ugh, that doesn’t sound too good.’ "I stood up and then I threw up Like, what are the odds I’d get a parasite in my head?” Luis told CBS San Francisco.

Although Luis’ case may sound like a freak mishap, some doctors believe a parasitic disease in the brain is actually relatively common but extremely underreported. Indeed, similar cases have been reported before. 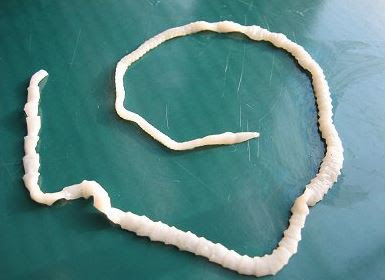 However, Luis’ unwanted tenant still remains a bit of a mystery.

“They told me it was uncooked pork or if I went swimming in the river or if I’ve been to a third world country, and I was like, ‘I haven’t done any of that recently.’ But I don’t know how long that worm was in my head for.”

The US Centers For Disease Control and Prevention (CDC) reports larval cysts in the brain - neurocysticercosis - develop after a person swallows microscopic eggs passed in the faeces of a person who has an intestinal pork tapeworm.

Once inside the body, those eggs hatch and the worms can make their way to the brain. The CDC says approximately 1,000 people per year are hospitalised for neurocysticercosis and removal of the larvae.

Luis is still recovering after the surgery in August but he’s anxious to return to college for his senior year.

"It's probably more gratifying to me to be living, because if I would have waited a little bit longer, then I probably wouldn't be here right now," he told CBS San Francisco.