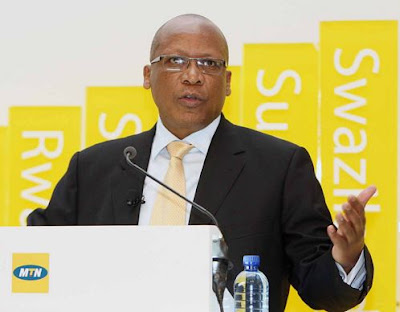 South Africa’s MTN Group said on Monday its chief executive will resign immediately as the telecoms firm continued talks with the Nigerian government over a $5.2 billion fine (1.04 trillion naira).

According to Reuters, Sifiso Dabengwa will be replaced by non-executive chairman Phuthuma Nhleko for a maximum of six months, Africa’s biggest mobile phone company said in a statement.

MTN was fined in October by the Nigerian telecoms regulator for failing to cut off users with unregistered SIM cards.
The company said it continued talks with the Nigerian authorities over the fine.

“Due to the most unfortunate prevailing circumstances occurring at MTN Nigeria, I, in the interest of the company and its shareholders, have tendered my resignation with immediate effect,” Dabengwa said in a statement.

MTN said it continued talks with authorities in Nigeria, the company’s biggest market, over the fine.

Dabengwa has been chief executive of MTN since 2011.

Shares in MTN have slid about 17 percent since Oct. 26 to 157 rand by Friday, following news of the charge.

Ratings agencies Moody’s and Fitch lowered MTN’s credit rating outlook to “negative” last month flagging the risk of significant cash outflow and the likely damage to the Nigerian business due to lengthy talks.