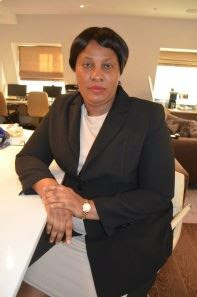 Yesterday, the first batch of 48 Nigerians were deported from the UK.Most of them came to the country without personal items. However, there are allegations that each deportee is given 3000 pounds by the UK government and this money is seized by the Nigerian embassy .

Can you take us through the scandal rocking Nigerian Embassy UK?

Those detained Nigerians had the feeling that at last another high-ranking Nigerian from the Embassy had come to help them diplomatically. Ngere’s response was: ‘You are a Nigerian, you need to return to Nigeria’. Unfortunately, she issued Traveling Document, TC, to British Immigration to deport Nigerians, even after they (the Nigerians) protested. We believe Ngere could not have come there so boldly without the support of her boss (Chief Immigration Officer).

I believe Ngere and the Chief Immigration Officer are traitors to the Nigerian people. It is a huge shame that Ngere for several years have been living on blood-money by regularly collecting 3,000 pounds per Deportee, head, issues Traveling Certificates to UK Border Agency. Our investigation confirmed that the British Government are no aware of this scandal, as names of these detained Nigerians to be deported are written on UK Border Agency document showing every deported Nigerians were handed the sum of 3,000 pounds each; where as this sum was always collected and blown by officials of Nigerian Embassy, while deported Nigerians are never allowed to remove their properties, nor given a dime.

Why did you give stern warning to Richard Branson?

I am using this medium to openly warn Richard Branson, the owner of Virgin Atlantic to steer clear from getting involved in this diplomatic crisis that is between Nigerians and Nigeria. We are warning him to ensure that none of his flights or pilot is allowed to convey Nigerian deportees to Nigeria on November 24,2015. If his pilots violate this Commonwealth treaty IBOM charter, he will be arrested, faces prosecution and be jailed. We are fully ready to legally fight him fight him from Nigerian courts to the highest World Court.

What is your message to Nigerian Federal Government?

I ask them to resign from that job at Nigerian Embassy in the next 72 hours, because Nigerian uprising will stand shortly. And if Nigerian uprising stands, the Nigerian Embassy UK will need to be closed down. Due to the illegal act of Ngere, Nigerian Federal Government is automatically ordered to close down Nigerian Embassy here in UK in 72 hours for the time being; thereby giving us enough time to resolve this madness. We want to use the formula of International Federalistic Political Approach. Nigerian House ought to be a house of safety. But from indications enumerated, the decoy is not a safety. That woman will need to be disrobed. Even though it was a declaration that ‘Nigerians should no longer be Deported’ as Cobra-meeting is on course, what gave Ngere the power to go British Detention and meet Nigerians there? Nigerians there are lamenting, while Ngere said they should go back home. One of the detained Nigerians summed up courage to ask Ngere, ‘Have you see what Professor Alexia Thomas has done for us? She replied: ‘She collected one of the national newspaper publication and promised to read it. She said she will go through the publication. Ngere is automatically guilty of criminal offense. Nigeria’s Minister of Foreign Affairs need to call-back Ngere’s appointment, arrest and prosecute her for being an espionage, traitor, betrayal. Nigeria’s President, Muhammadu Buhari should honor our 72 hours ultimatum and shut Nigerian Embassy, if not no one should held responsible when Nigerian protesters, protesters and angry Nigerians set fire on Nigerian House. If Buhari refuses: then don’t blame us in any way.