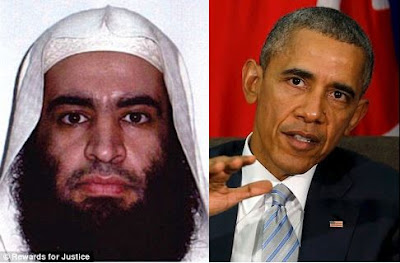 The US president has placed a $5million bounty on the head of a key Islamic State terrorist in charge of mobilizing foreign fighters in Syria. The man's name is Abu-Muhammad al-Shimali and last night, the US government announced the reward for information leading to the location or identification of the terrorist also known as Tirad al-Jarba.
He's a senior leader of ISIS and heads the moving of foreign fighters into Syria and processing the group’s new recruits there. He's said to be the leader of ISIS immigration and logistics committee, responsible for moving foreign terrorist fighters primarily through Gaziantep, Turkey to Jarabulus, Syria, a border town the group controls.