Obasanjo Raises Alarm over Unemployment, Says Our Universities are Not Serving any Useful Purpose 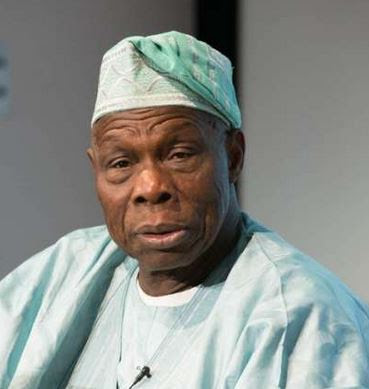 Former President, Chief Olusegun Obasanjo, has urged the federal, state and local governments to do more in the area of employment.

The former president who spoke at the 10th anniversary and 6th and 7th convocation ceremonies of Tai Solarin University of Education, TASUED, Ijagun, Ijebu Ode, warned: “If there is no job for the unemployed to feed themselves and also to contribute to the development of the country, then, we will all be sitting on gun powder.

“If university education was not for development then, it was not serving any useful purpose. It must be for development, personal, local, national and even global and that is very important.”


He stated that education is a meal ticket for anybody that has it, adding that it is also a means of breaking the poverty cycle.

Obasanjo advised: “I believe in lifelong education. Nobody should stop learning until he or she die.”

He said that he accepted the award because of the personality the school was named after, saying that Tai Solarin was one of the greatest educationists the country has ever produced.

He also told the audience that he was honoured to be honoured in conjunction with Chief Hannah Idowu Dideolu Awolowo, insisting, “Anywhere Mama is being honoured, we must join hands to to honour her.”

Ogun State governor, Senator Ibikunle Amosun, in his speech at the occasion said: “This year’s convocation ceremony, which marks the successful completion of another academic session, is a continued demonstration of commitment to the production of qualified teaching personnel for our education system.

“You are all expected to use your collective wisdom, knowledge, ability and exposure to sustain and promote the ideals of this great institution.”

He disclosed that the 12 First Class students would be given automatic employment by the state government.

The Vice -Chancellor of the University, Professor Oluyemisi Obilade, in her welcome address, said: “The university is a specialised university, uniquely positioned to respond to national and global educational needs for equipping graduands with the necessary and pedagogical skills as well as content knowledge for effective teaching and learning.”