Outrage after Oscar Pistorius' friend shares selfie of them smiling 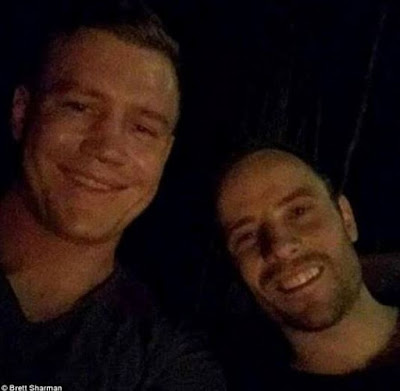 Oscar Pistorius' friend has caused outrage after he shared a first picture of the convicted athlete since his release from jail.

Oscar appears in a ‘selfie’ with rugby player pal Brett Sharman apparently during a recent evening reunion at the family mansion where he is under house arrest.The picture carried the hashtag #WeekendVibes!

Sharman, quickly deleted the picture from his Twitter account after it provoked criticism on social media. Sharman later denied the selfie of him and Pistorius was new - but declined to say when it had been taken.

'It was a stupid thing to do', he told South Africa's You magazine.

Pistorius was controversially released from prison three weeks ago, having served less than a year of his sentence for killing his girlfriend Reeva Steenkamp.