Payment of N5,000 to unemployed Nigerian youth to start 2016 - Minister 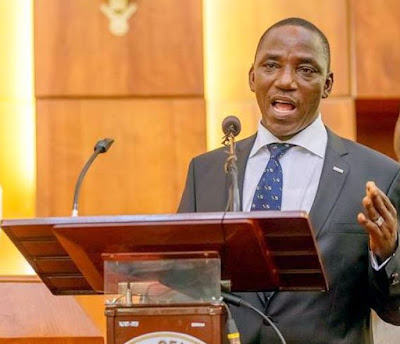 The federal government has ​​​assured that it would commence payment of N5,000 promised unemployed Nigerian youth during the electioneering campaign, from 2016 .
​The minister of youth and sports, Solomon Dalong,said this on Wednesday when he paid a condolence visit on the national chairman of the APC, John Odigie-Oyegun, over the death of Abubakar Audu.

Mr. Dalong,who spoke to ​ journalists​ during the visit​,​ said

“I would want the youth to understand that every promise must be backed up by budgetary provision and our promise to pay N5000 is not contained in the 2015 budget. So, definitely, it is going to begin in 2016 as we have made budgetary allocations for that.


“We are committed to the campaign promises of creating jobs, providing wealth and combat poverty. We have embedded in our manifesto things that we are translating to reality​.”​