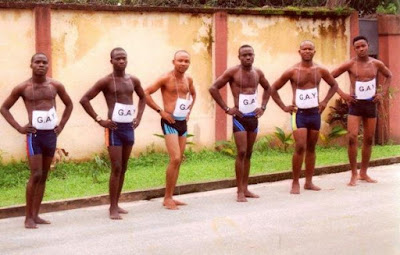 Police detectives in Asaba, Delta State, have arrested 21 students who have been allegedly involved in same sex activities.

According to Punch, the two state-owned polytechnics (names withheld) where the suspects were arrested, were a beehive of perverse sexual acts as male students engage in same sex activities for financial gains.
Police Public Relations Officer in the state, Mrs. Celestina Kalu, who confirmed the arrest of the suspects, said the police acted on a tip off. She said,