Home Gossip News Police Corporal who killed a man dismissed from service, to be charged for murder

Police Corporal who killed a man dismissed from service, to be charged for murder 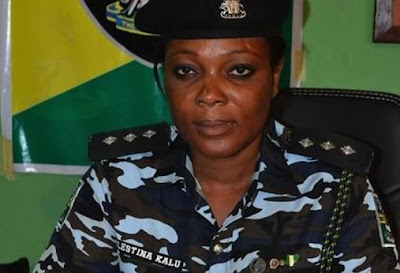 The Delta state police command has dismissed from its service a trigger-happy police officer, Nelson Ndukwu, who killed a man identified as Amos Nsikak, in Warri, Delta State on Wednesday Nov. 4th. According to eyewitnesses, 28 year old Amos who hails from Akwa Ibom state, was on his way to his residence in the town when he met Nelson. An argument ensued between the men and Nelson immediately opened fire, killing Amos instantly.

The state Police public relations officer, Celestina Kalu, who confirmed the dismissal of the police corporal to newsmen said the suspect has been tried and dismissed from service and any moment from now, he will be charged to court to face a murder case.