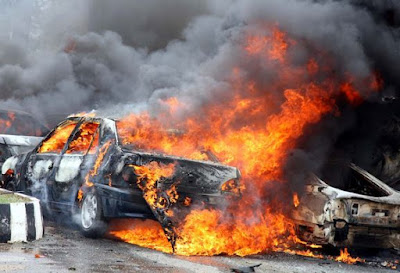 Barely 24 hours after 32 were killed in a bomb blast in Yola, a large blast ripped through a busy Kano GSM mobile market on Wednesday.

Two traders, Nafiu Mohammed and Suleiman Haruna told AFP the explosion "deep inside" the Farm Centre market happened shortly after 4:00 pm (1500 GMT) and that rescuers were on the scene dealing with casualties.

Scores were feared dead in Kano Wednesday from twin blast at the heart of GSM market, Nassarawa GRA.

Eyewitness, Ali Isa told Vanguard that the Improvised Explosive Device was planted close to the generator serving the market, while the second bomb went off at the heart of the market