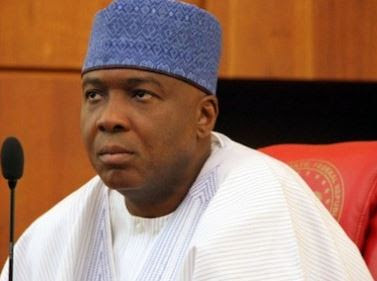 The Senate on Wednesday rejected motion for the payment of N5,000 monthly allowance to unemployed youths in the country.

The motion was sponsored by Senator Philip Aduda (PDP FCT) but was greeted with shouts of ‘’no, no’’ when he tried to expatiate on it.

According to PM News, attempts by the Minority Leader, Godswill Akpabio, to second the motion were disrupted by the rowdiness created by the “no” shouting of some senators opposed to it.

Intervening, President of the Senate, Bukola Saraki, posed the question but the senators responded along party lines.

While Peoples Democratic Party (PDP) members yelled ‘’aye’’ in favour of the motion, All Progressives Congress (APC) senators, who were in majority, rejected it.

However, a motion calling for the probe of the utilisation of Subsidy Reinvestment and Empowerment Programme (SURE-P) funds by the immediate past administration was adopted by the senators.

Mover of the motion, Sen. Babajide Omoworare, prayed that every naira spent by the past government on SURE-P and other poverty alleviation programmes should be accounted for.

When the President of the Senate put the question, it was supported with a loud “aye’’ from the APC wing of the chamber, with no dissenting voice from the PDP side.