Slash salary of all public office holders by 50% - Okorocha 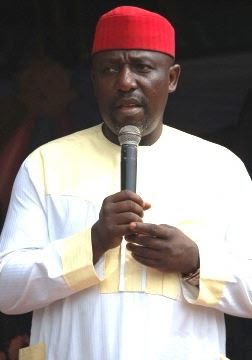 Governor Rochas Okorocha of Imo state has called for the salaries of all public office holders to be slashed by at least 50 per cent.He feels it will make public offices less attractive to those who come there for the gains.He tweeted

“The salaries and allowances of public office holders whether elected or appointed should be reviewed downward at least by fifty. 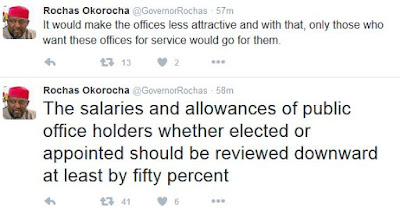 “It would make the offices less attractive and with that, only those who want these offices for service would go for them.”