Stealing is in Every Kenyan's Blood - Zimbabwean President, Robert Mugabe 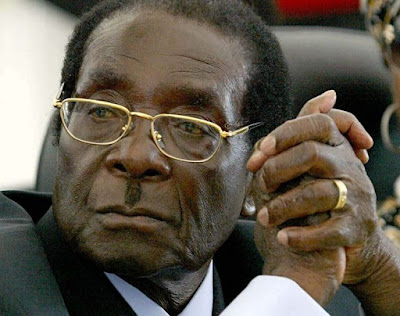 President Robert Mugabe, 91, threw caution to the wind in his views about Kenyans who he described as highly unscrupulous people.

According to Mugabe, Kenyans are the most arrogant thieves in the world because they steal with high degree impunity.

“Those people of East Africa shock me with their wizardry in stealing. Sometimes I tend to believe that stealing is in every Kenyan’s blood. These people go to their schools and read good courses but they qualify as the best thieves.

“You can even think that there is a subject in their universities called Bachelor of Stealing. Whenever they get an opportunity as employees, they never disappoint. They steal enough money to buy their freedom because even the judges who listen to their cases are financially powerless,” he said with vigor.

“I urge you my people to be on high alert in case you by bad luck, happen to visit that East African nation. They might infect you with that disease and we don’t want it here. Zimbabweans are honest people who love their country and don’t want such stealing tendencies ” He shouted with courage as he advised his countrymen.