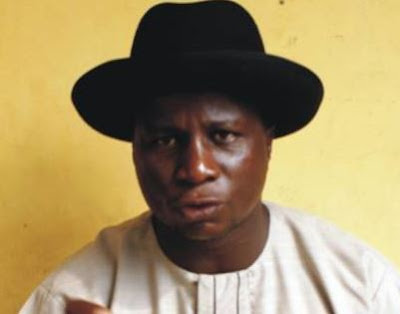 An appeal filed by the Nigerian Police Force against the judgment of an Edo State High Court which awarded N5 million compensation to a human rights activist, Reverend David Ugolor, for unlawful detention, has been quashed by the Court of Appeal sitting in Benin.

The Court dismissed the notice of appeal filed by the police to specifically stop the deposit or lodgement of the N5 million judgment sum that was awarded to Ugolor with the Court of Appeal Registry, pending the determination of the police substantive appeal at the Supreme Court, after the police had earlier lost its appeal against the judgment at the same Court of Appeal.

With the dismissal of appeal, the road has now been cleared for the police to formally lodge or deposit the judgment sum of N5 million with the court.

It would be recalled that an Edo State High Court, presided by Justice Esther Edigin on Friday, 14 September, 2012, awarded the sum of N5 million in favour of Ugolor, the Executive Director of Africa Network for Environment and Economic Justice (ANEEJ), for the violation of his fundamental human rights by the police.

It would also be recalled that on 13 October, 2015, Justice E. O. Ahamioje, awarded Ugolor N1.02 million compensation for unlawful seizure of his personal properties as a result of poor police investigation of the death of Olaitan Oyerinde, the then Principal Private Secretary to Edo State Governor, Adams Oshiomhole.

That brings to a total of N6.02 million costs that Ugolor has been awarded in compensation for the poor investigation carried out by a police ‘special team’ constituted from the Force Headquarters in Abuja to unravel the murder of Oyerinde and despatched under the leadership of the then DCP Chris Ezike, who is now the Commissioner of Police for Edo State.