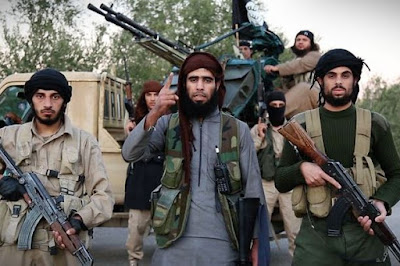 Following their gruesome Paris attacks which left 129 dead,ISIS has has warned of further Paris-style attacks on countries taking part in bombing Syria.

In the footage released online, they specifically threaten to 'strike' Washington DC due to America's central role in airstrikes.

The message was delivered by a man dressed in fatigues and a turban, named Al Ghareeb the Algerian.
He said:

"We say to the states that take part in the crusader campaign that, by God, you will have a day God willing, like France's and by God, as we struck France in the centre of its abode in Paris, then we swear that we will strike America at its centre in Washington.

"I say to the European countries that we are coming, coming with booby traps and explosives, coming with explosive belts and (gun) silencers and you will be unable to stop us because today we are much stronger than before,..

The video has not yet been authenticated but it was uploaded on a site used by Islamic State to post its messages.