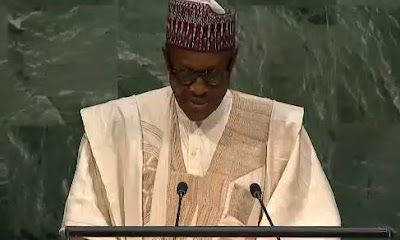 The All Progressives Congress, APC, on Friday said President, Muhammadu Buhari, has saved the country a whooping N1.4 trillion as at September. The APC said in response to PDP branding the party lairs following the shut-down, by the Senate, of a motion seeking to implement the promised N5,000 to unemployed Nigerians.In a statement issued by its National Publicity Secretary, Alhaji Lai Mohammed, the party said it has devised creative means not only to pay the money but also to fulfill its other campaign promises to Nigerians.

Contrary to the disinformation being peddled by the Peoples Democratic Party, PDP, the Buhari administration is poised to lift millions of Nigerians out of extreme poverty by providing social protection and safety nets with another N2.5 trillion Special Intervention Fund,”“Now, the Buhari administration has been busy putting into place measures that will make it possible to start the implementation of this project.
Such measures include the introductionof the Treasury Single Account (TSA)“We are happy to inform Nigerians that as at the end of September 2015, over N1.4 trillion – which hitherto was lying unproductively in various commercial banks – has been recovered and paid into the TSA,

Had the PDP not sacrificed the truth on the altar of political expediency, it would have realized that the APC never at any time indicated it has reneged on its promise to pay N5,000 monthly to 25 million most vulnerable Nigerians.“In our press statement of 30 August, 2015, we still reiterated our plan to redeem our campaign promises, including the social security payment policy, despite the primitive looting of

the treasury under the watch of the PDP.

“It is therefore astonishing that the same PDP, which is becoming more and more infamous for its penchant for peddlinghalf truths and sensationalizing every issue, will rush to the press to celebrate the figment of its imagination that the APC will not fulfill its campaign promise regarding the payment,”