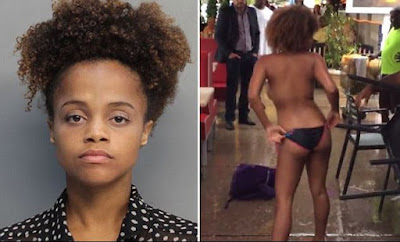 A woman has been arrested after a video of her stripping completely naked and pouring ketchup all over her body in front of stunned diners was posted online..

Angelic Isabella Valle, 23, from South Florida is charged with incite to riot, indecent exposure, lewd and lascivious behavior and disorderly conduct, at the Johnny Rockets on Ocean Drive in Miami Beach, police said.
According to NBC Miami, her father appeared in court and told the judge she has mental issues.


The video, which was posted to World Star Hip Hop, shows the woman, dubbed 'ketchup girl' taking her clothes off as she's surrounded by men in the middle of the busy restaurant.
It has more than one million views and more than 13,000 comments, most of which express disgust in her actions. 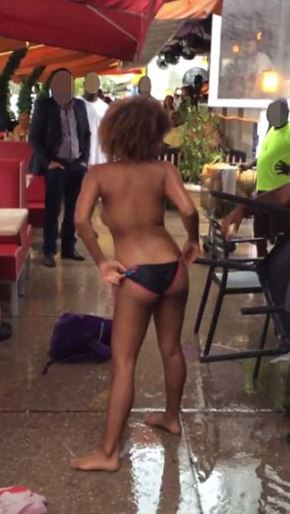 'Ya'll just mad 'cause you weren't there.'That s--t was fun now that I remember it. Yeah, yeah, yeah, arrest me, it was fun. Take me to jail. It was fun. And everybody looked like they were having fun too so yeah.'
But after police tracked her down and she realized that she was going to be arrested she posted another message on Instagram:
'I'm going to jail tonight remember me okay? I love all of you guys.'

Police are still investigating the incident and looking for one of the men seen touching her genitals in the video.