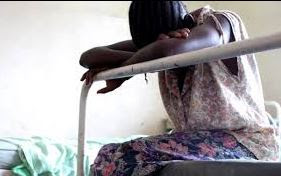 No fewer than 20 suspected cultists were reported to have raped four undergraduate students of the Delta State University, Abraka.

According to Daily Post, one of the victims, identified as Cecilia of the Sociology Department, was among the four girls who allegedly surrendered themselves to be molested by the suspected cultists.

Some reports have it that the girls were ambushed and raped on Saturday evening while returning home from a church service.

Meanwhile, another version of the story claim that the rape victims belong to a cult group called Ake Confraternity and did not know that rape was part of their initiation rite.

The victims, were said to have known when they got to the initiation ground and were threatened that anyone who refuses would be killed.

Confirming the development, the State Police Public Relations Officer, DSP Celestina Kalu said policemen, on getting a tip-off, stormed an uncompleted building where a victim was being raped by a member of the gang.

Kalu said four other girls were waiting for their turns which was part of an initiation rite into a cult group.

The police spokesperson however noted that four of the suspected rapists were apprehended while the girls were rescued and a severely injured victim taken to the hospital for medical treatment.