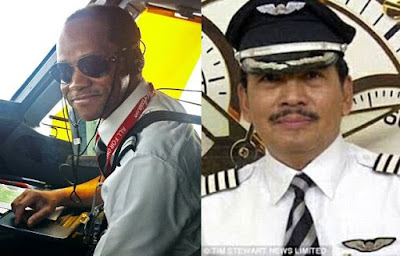 Indonesian investigators said today that crew action caused a loss of control and the stalling of an AirAsia passenger jet that crashed into the Java Sea last year December, killing all 162 aboard.

The plane's flight control computer had a cracked solder joint that malfunctioned repeatedly, including four times during the flight and 23 times the previous year.

'Subsequent flight crew action resulted in inability to control the aircraft... causing the aircraft to depart from the normal flight envelope and enter a prolonged stall condition that was beyond the capability of the flight crew to recover,'
The Airbus A320 aircraft crashed less than half-way into a two-hour flight from the Indonesian city of Surabaya to Singapore on December 28 last year.
Two months later, Indonesian divers found the body of the French co-pilot in the front part of the fuselage during a search operation.

It was revealed by crash investigators that the French co-pilot was flying the plane before it crashed, rather than Captain Iriyanto, an experienced former fighter pilot.

Two people close to the crash investigation said Captain Iriyanto had gone to disconnect the faulty Flight Augmentation Computer at the time of the accident, leaving the co-pilot Remi Emmanuel Plesel in control.

Investigators previously said they believed the computer malfunctioned during the flight, but instead of resetting it, the pilot climbed out of his seat and disconnected it from a circuit breaker located behind the co-pilot.

During the few moments Iriyanto was out of his seat, the co-pilot lost control.

The plane climbed sharply, before either stalling or losing thrust, then fell almost straight down into the ocean below. 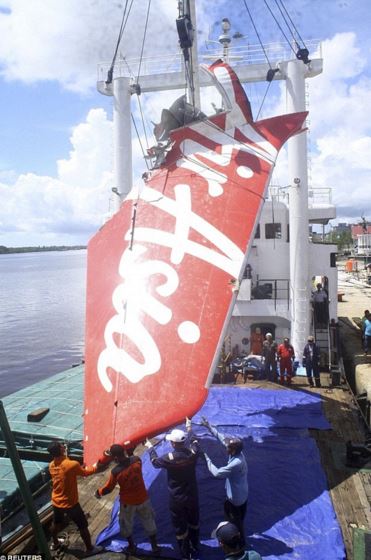 By the time Iriyanto had managed to get back to his seat it was too late to save the aircraft.