Dad slammed for bathing with his 2 year old daughter [PHOTOS] 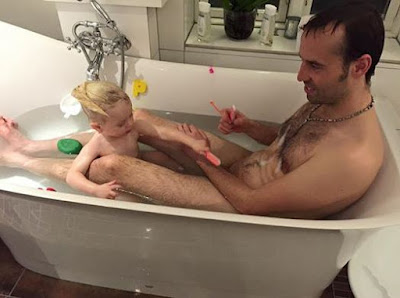 A Danish comedian has come under fire after posting a picture online of him and his toddler daughter having a bath together.

Torben Chris has shared the picture with his two-year-old and his facebook Page blew up.

"Someone told me that he had been accused of paedophilia by a stranger because he bathed with his two-year-old daughter. Another had been warned that "urge" to paedophilia, because he had shared a picture of a French braid on his 11-year-old daughter's bare back on social media,
"There was even a father whose wife thinks it was inappropriate, if your daughter was witness to the father urinate."Listen: children and adults can be naked together."There is nothing wrong with a father who washes his daughter’s bottom and vagina when she’s a child. On the contrary, it is bloody disgusting if nobody does it, and unfair if only the mother does it."If we couldn't stand to see each other naked we'd be born with clothes on,""Nudity with your child's not gross, but natural. A father in the shower with her daughter's not paedophilia, it's fun."

There were more than 55,000 likes for the post, but as well as messages of support, Chris has been criticised. 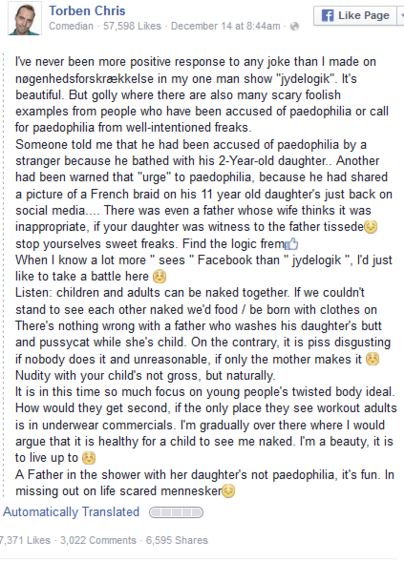