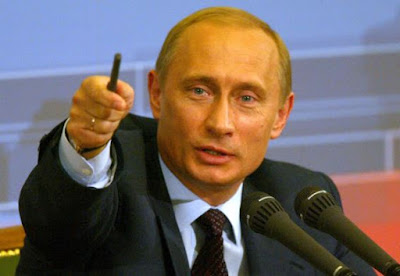 A former Russian agent has come up with a bizzare theory about the bomb laden Russian plane which killed  224 Russians in Egypt was planted by Russian Prime Minister himself Valdimir Putin.Boris Karpichkov, a former spy with the KGB (later renamed the FSB) who now lives under a new identity with his wife and family at a secret location in England after fleeing here in fear for his life.

His sensational claim at first seems unbelievable. For he maintains it was the Kremlin, not ISIS, that deliberately blew the plane out of the sky.

And he says Putin cynically authorised the tragedy not only to obtain worldwide sympathy at a time when Russia was being treated as a pariah because of its aggression towards Ukraine, but also to gain support for its ostensible belligerence against ISIS, which Putin would use as a cover to attack rebel groups in Syria who were sworn enemies of his ally President al-Assad.The major claims his information comes from a general lieutenant in GRU (one of Russia’s numerous military intelligence wings).

This man told him, he says, that around the time of the plane’s crash, Putin had been expressing his concerns to Kremlin allies about ‘possible losses of political influence’ in Syria and the Middle East. Putin, he went on, was worried about the fate of his traditional ally in the region, President al-Assad, given the West’s support for rebel groups trying to depose him.

A plan was allegedly hatched by officials within GRU to reverse Russia’s declining influence in the region and — as Major Karpichkov claims he was told by a senior source — to ‘kill two rabbits with one bullet’.

The aim was to get ‘at least silent international approval’ for massive military operations against Assad’s enemies under the guise of a campaign against the IS terrorists blamed for bombing the Russian passenger jet; and to bolster Russia’s multi-billion-pound weapons business with the Middle East.

This was all summarised in a dossier compiled by the former KGB spy: ‘In order to accomplish all these aims and to get Western consent to fighting Islamic State (which was, essentially, official support for keeping the Assad regime in power), the Kremlin desperately needed the kind of justification which would generate worldwide attention and full international sympathy and approval for military action.’The file states that Russian intelligence ‘geniuses’ in GRU outlined a plan to Putin and his closest aides to bomb a Russian airliner and blame it on Islamic extremists ‘to initiate enormous international hate towards ISIS and to create international sympathy to act on its own without any limits or reservations (for military action).’

A specialist in ‘wet-jobs’ and other forms of espionage was despatched to Sharm el-Sheikh, where hundreds of thousands of Russians holiday each year to escape the cold. Posing as a fighter who was recuperating in the Red Sea after serving in Ukraine, the agent befriended a young Russian woman staying in the resort, and began a holiday romance.

When the woman was due to leave for St Petersburg, the Russian agent gave her a ‘present’ — asking her to deliver it to his parents at home in Russia — and escorted her through the notoriously lax security at Sharm el-Sheikh airport before she boarded the doomed Metrojet flight in the early hours of the morning...

The gift, says Major Karpichkov, was a bomb and the detonator used to ignite the explosives was known as an EHV-7, which is produced exclusively for special forces soldiers. The device itself looked like a piece of plumbing tube, which is primed to explode by an electrolyte ‘bath’ slowly corroding a metallic wire, which detonates the bomb once it is broken.

The explosive material was — sources add — cyclonite, an enormously powerful substitute for TNT.

It has been suggested that the bomb was most likely placed under the seat 30A or 31A. Plane records show that seat 30A was occupied by Nadezhda Bashakova, 77, from Volkhov in St Petersburg region, travelling with her daughter Margarita Simanova, 43, who sat in 30B. In seat 31A was Maria Ivleva, 15, also from St Petersburg region. Could this young woman have been be the unwitting carrier of the bomb? She was with her mother Marina Ivleva, 44, who occupied seat 31B. My sources say the bomb carrier was older, and sitting nearby.