Exercise experts claim sit-ups are 'dangerous', US army bans it 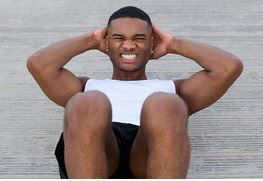 Sit-ups are falling out of favour among fitness experts who say they should be consigned to the ‘dustbin of exercise history’ because they may cause back damage.

Personal trainers and military advisers in the US now believe that sit-ups are dangerous because they put too much pressure on the spine.

They say that men and women should replace them with the plank pose, which is when you stay in the upward part of a press-up.The US Army has already put 10,000 soldiers through a pilot of a revamped physical-fitness test that excluded sit-ups.


And one study found that 56 per cent of all soldiers' injuries related to the old fitness test were because of sit-ups.An editorial in Navy Times, which covers the US Navy, recently called for sit-ups to be banned completely.