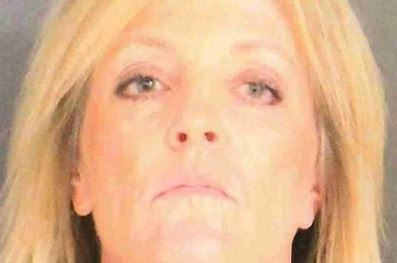 According to the police, a teaching assistant repeatedly had sex with a 15-year-old student before being caught by her husband.

The identified woman named Kyle Damato-Kushel, 45, from Stratford, Connecticut, gave her husband the shock of his life by bringing home a 15-year-old student to their home to have sex. The shocked man didn’t even know that his wife had been having sex with the teenage boy since 2013, it is claimed.

However, her luck ran out after she was allegedly caught when her husband, thinking there were burglars in the house, called police when he heard noises from elsewhere within the property.

However it is claimed that the noises were coming from a room in the home where Damato-Kushel was having sex with the boy. Police say that her DNA was found on the boy’s underwear.

More information from the police revealed telling revelations. The teaching assistant, who worked at Wooster Middle School in Fairfield County, told the boy to keep quiet about their relationship – offering him $900, police disclosed.

She has been charged with sexual assault, impairing the morals of a child and tampering with a witness. Damato-Kushel is yet to enter a plea.