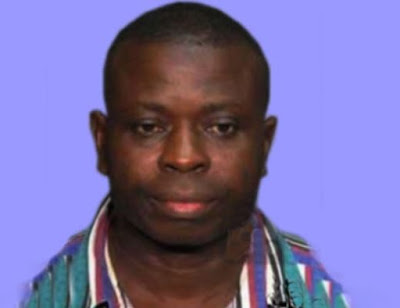 A Nigerian man , Emmanuel Ngene has spent 6 years inside a South Eastern United States penitentiary. The 56 year old still has 225 years, five months and ten days left to serve for first degree rape of his daughter, a crime he continues to deny, supported by members of his network of friends and family. Few years after he was incarcerated, Emma Ngene had partial stroke from the stress of the trial and subsequent imprisonment.

Emmanue Ngene, relocated to the USA in 1981.Years after,he returned to his hometown in Eastern Nigeria in search of a wife. He found love in Mary, a home girl. They married months after.   Emmanuel became a regular visitor to his homeland from America; frequenting his village to be with his new wife and family. He returned every holiday, especially Christmas, to celebrate with his wife and other members of the family. Their first child, a baby girl, was born on November 9, 1998 in Nigeria. The couple would have two additional children after the birth of their daughter.

In June 2007, Emmanuel’s wife and children came to the United States to live in a two-bedroomed apartment with their father. Family and friends said that marital problems manifested when the wife was shocked at the strange standard of living in America as compared to what she was used to in Nigeria. She was also alleged to be disappointed that her husband was a Taxicab driver, an unsteady source of financial income.

Emmanuel was gone all day, driving a taxi from morning and returned home at night with not enough income to support the family. Soon, the parents began arguing about money. Mary allegedly complained regularly of being bored at home, caring for the children. Emmanuel, frustrated by her daily musings about life in the United States and insufficient income, encouraged his wife to get certification for CNA: Certified Nurses Aid: she did, passed and got employed at one of the nursing homes as a care giver: providing ageing American population with daily assisted living and care. His wife’s new job, allegedly introduced her to a new social environment.

She immediately began to explore her new found friends and friendship within her work place. Emmanuel suspected a change in his wife’s attitudes: she was no longer the charming obedient wife   he had in Nigeria. She would refuse his sexual desires and appeals. The marriage became tumultuous.

They were drifting apart as husband and wife: Emmanuel complained to his friends that his wife was always gone and seemed no longer interested in the marriage. It also affected his taxi cab business. He often returned home midday to make sure the children were fed and cared for. Most times, he alleged the wife was gone. When he asked her where she had been, she yelled at him: ‘mind your business. I am a grown woman and I can do whatever I want to do.’ Emma was raging inside. He thought he had a decent beautiful wife that loved the family and the children. He thought it was until death do them part! A wife he married and suffered to bring to America. Their children were drifting apart too.

The circumstances that led Emmanuel Ngene into a lifetime jail are too complex. The stories are bizarre from both sides. Ngene’s family sources, almost seven years after he was found guilty, still believed he was railroaded by his wife and the judiciary. Their stories remain consistent, each alleging that Ngene’s wife, Mary, may have coerced her daughter to lie that her father raped and assaulted her.

Part of the family version said that during one of Ngene’s lunch visits home to check on the children, he allegedly found his then young daughter in an explicit compromising position with a neighborhood boy, in the family’s living room!. He became agitated, asked the boy to leave immediately. Soon after the boy left, he grabbed his daughter and spanked her intensely. Mother allegedly walked in as dad was spanking their daughter. She jumped on him and began to scratch and scream. Their daughter, disengaged from the whip, cried profusely from the burns of the belt whipping. She had lacerations on her butt. Their mother, while restraining Emmanuel, instructed their daughter to dial 911. Few minutes later, police came to their door, handcuffed Emmanuel and took him down town. The police officer, noticing the lacerations on the girl’s body, requested for the ambulance to take the young girl and her mother to hospital for medical observations and interrogation. Emmanuel was hauled to jail!

However, in a court document filed, the court posited,

“One day in August 2007, defendant asked Cindy(to protect the minor child, the court identified her as Cindy, not her real name) to help him check his email on the computer in his bedroom. After they had finished with the email, defendant told Cindy to stay in the room while he went into the bathroom. He came out wearing only his underwear and a T-shirt. He asked her if she knew what sex was and then pulled down her pants while she was lying on the bed. He pulled off his underwear, got on top of her, and had vaginal intercourse with her. On 31 August 2008, Cindy’s mother took Cindy to the emergency room at Wake Med where they met with a nurse, Kimberly Lewis, and a doctor, Dr. Chris Johnson. Ms. Lewis did a head-to-toe assessment of Cindy and observed bruises on her arms. Cindy told her the bruises came from a broomstick. Cindy also informed Ms. Lewis that she had been sexually assaulted many times.

“Dr. Johnson took a basic history and examined Cindy to determine if she needed immediate treatment. Cindy told him that defendant had been having vaginal and anal intercourse with her over the past year. Because she had not been assaulted within the past 72 hours, Dr. Johnson did not perform a rape kit. Dr. Johnson’s examination of Cindy was limited to her external genitalia and looking for signs of trauma, of which he saw none. He diagnosed Cindy with alleged sexual abuse. He noticed that Cindy appeared somewhat shy and that her mother was “appropriately concerned and worried.”
The hospital notified Wake County Human Services (“WCHS”) and the Raleigh Police Department (“RPD”) of the allegations. Katie Treadway of WCHS and Officer Harvey of RPD arrived at the hospital to interview Cindy. After describing the sexual conduct, Cindy also informed them that one time she bled after defendant had sex with her. She also stated that sometimes defendant “peed on her,” and she had to go in the bathroom to clean herself up. Ms. Treadway felt Cindy was very detailed in her description of the events.
Over the course of Cindy’s fourth grade school year, defendant engaged in vaginal intercourse with Cindy approximately 10 times. Approximately three of these times, defendant had her turn over on her stomach so he could also penetrate her anus. In August 2008, Cindy finally disclosed to her mother what defendant was doing.

At the hospital, the doctors during examination found that she had been penetrated. The police officer asked her who may have penetrated her; she looked at her mother, seeking protection. Her mother instructed her to answer that it was her father! She reluctantly told the officer that her father had penetrated her! The officer asked if she was sure, she bowed and fearfully said yes sir!”
However, Emmanuel Ngene denied the rape charges and penetration of his daughter. He contended that her daughter was sexually molested and penetrated by a boy at her school in Nigeria, the head mistress of the daughter’s school called him when the incident happened and he travelled home to remove his daughter from the school because of the molestation.

Emmanuel remained in the county jail as prosecutors began to build a case against him. The prosecutor offered him a deal: Plead guilty and spend 15 years in jail or go to trial and if found guilty, could face 250 years to life. He refused the deal and sought to be tried because it was an abomination, in his culture, for a man to sexually molest his own daughter and penetrate her. He felt his innocence and said that he would rather die in jail than plead guilty to a crime he did not commit. It took one year for Emmanuel to go to trial. It only took the jury three hours to return with a guilty verdict. Emmanuel was sentenced to 300 to 369 years in prison. On December 3, 2009, Emmanuel Ngene began serving his sentence. He was preparing to travel to Nigeria to bury his mother when he was arrested.

I recently contacted Ms. Mary Ngene for interview with regards to this essay. Her response:” If you write anything about me, I will sue you!”