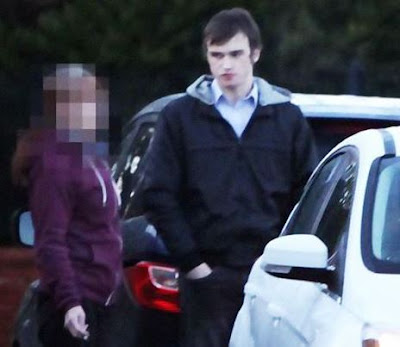 A jealous boyfriend tried to drown his puppy because he believed the dog was getting more attention from his girlfriend than he was.The Old English Sheepdog called Benji later died.

Anthony Bruce, 19, was sentenced to 16 weeks in a young offenders’ institute for his treatment of the dog and was banned from owning animals for life.

Denise Jackman, prosecuting for the RSPCA, told North Tyneside Magistrates Court the little puppy had suffered when its head was pushed under the water,Mirror UK reports.
Bruce told the court he realised he had gone too far. He also admitted encouraging the pet to eat toilet paper on three separate occasions, knowing the dog was unable to digest the material.

“Mr Bruce said his partner gave Benji more attention than she gave him.

“When he was giving him a bath, he became agitated and held the dog’s head under the water until he was unconscious. He said he was jealous of his partner’s contact with the dog.