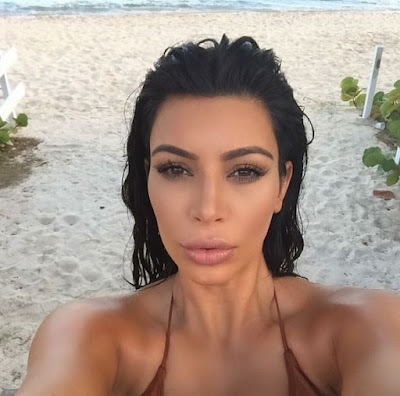 We all know Kanye looks like a hard nut to crack, but didn't know he actually applied it to his relationship .Kim Kardashian has revealed Kanye West set some strict rules when they first started dating.

Kanye, who didn't have a phone for four years, banned mobiles from meals out.Speaking in a Q&A session with Paper magazine,Kim said:

"When we first started dating it was rude if we brought our phones with us out, so l learned from him not to bring my phone."

During our wedding we asked that everyone - not for privacy reasons but just for everyone to live and enjoy the moment - to leave our phones and everyone called us afterwards and said it was the best thing they've ever done.

She also said that they would spend half their time at dinner taking pictures, but now they've put a stop to that.We have rules at the table. If we are eating at a restaurant, we'll wait to do it (take pictures) when we are done eating."

"He's taught me to take a little time for myself and I've taught him stop a little more to take time and take pictures and stuff."