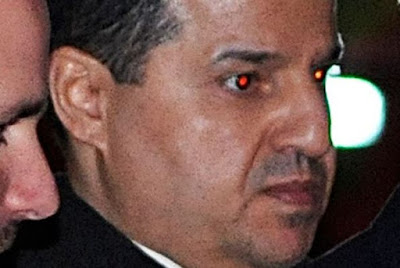 A Saudi millionaire has been cleared of raping a teenager after claiming he might have accidentally penetrated the 18-year-old when he tripped and fell on her.

Property developer Ehsan Abdulaziz, 46, was accused of forcing himself on the girl as she slept off a night of drinking on the sofa of his Maida Vale flat,Mirror reports..

He had already had sex with her 24-year-old friend and said his penis might have been poking out of his underwear after that sexual encounter when he tripped on the 18-year-old.
The 18-year-old met Abdulaziz in the exclusive Cirque le Soir nightclub in the West End on 7 August last year where she had been spending the evening with her friend, who was known to the businessman.

He invited them to join him at his £1,000-per-night table and then offered them a ride home in his Aston Martin.

The three went back to his apartment, where he offered them designer Roberto Cavalli vodka before taking the second girl into the bedroom for sex.

The teenager claimed she woke in the early hours with Abdulaziz on top of her forcing himself inside her.

Abdulaziz said he had accidentally fallen on the youngster as she tried to seduce him, and that was how traces of his DNA came to be in her vagina.
He said he had gone to wake her to offer her a T-shirt to sleep in or a taxi ride home, but she had pulled him on top of her and placed his hand between her legs.

The jury acquitted Abdulaziz of one count of rape after just 30 minutes of deliberations.

In his evidence, Abdulaziz demonstrated how the complainant had put her hand behind his head to pull her towards him, causing him to fall down.

He said it was possible he had semen on his hands after the sexual encounter with her friend.