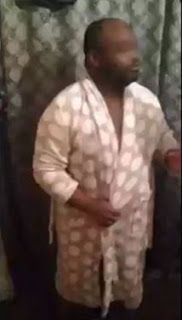 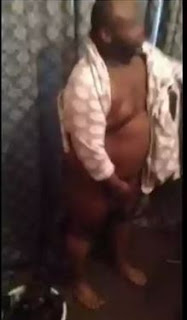 A Congolese man of God based in the United Kingdom got the embarrassment of his life after a failed attempt to have sex with a married woman.

According to the person who posted the video footage online, the pastor has severally been pestering the woman for sex until he suddenly showed up on this particular day to make his move. 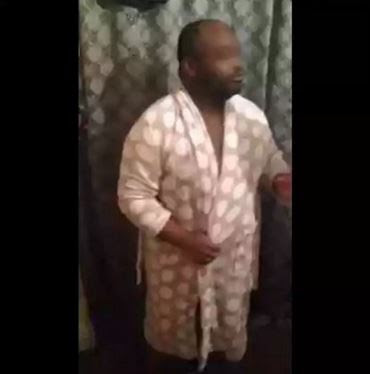 "God must clear up the Church. That's a Congolese Pastor caught on a church member's bed in London trying to sleep with the woman in Nov 28. He has been undermining the woman's husband so, when he kept on pestering the woman for sex. He got what he deserved after he went to their house pretending to do deliverance through sex. After striping they called the husband and other church members"