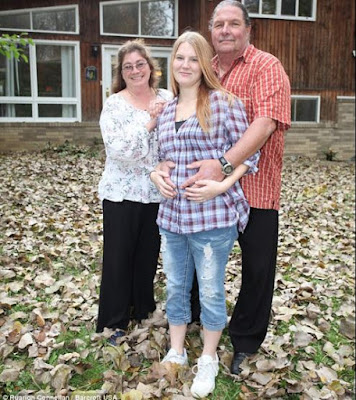 A 60-year-old pastor has married his 19-year-old girlfriend with the full support of his 44-year-old wife - and now his teen bride is pregnant. Thom Miller, is now building a new house in their hometown of Mansfield, Ohio, with one wing for each wife.

Belinda, 44, and Reba, 19, claim to both be perfectly happy with a life of polygamy, but Reverend Miller stresses that he is the only person in their relationship allowed to have more than one partner

The whole situation works for all three of us,” Thom Miller told Barcroft Media.

“I am the only one who is allowed to have more than one partner — and both of my wives understand and appreciate that.“It means they always have a friend with them.”
Miller met his 19-year-old gal pal, Reba Kerfootruba, seven years after he married his wife, Belinda.

“I wanted to have more of a family — having another lady in the house not only makes our family whole but individually it’s a beautiful thing because it’s like having a sister around,”

“Thom is the love of my life and Reba is the blessing of my life, so it all works.” 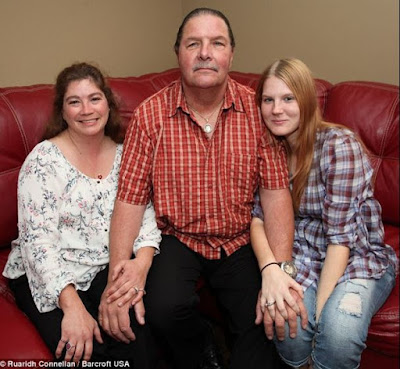 Reba said her arrangement with a married couple initially troubled her family and friends, but now they support her.She admitted that she doesn’t love sharing her man with another woman.

“But I try not to get jealous and when it’s not my time with Thom, I just try to occupy myself by going out with friends,” Reba told Barcroft. “The baby will have two moms, which I’m okay with.”

And while Miller’s ladies are both on board with their love triangle, his church in Mansfield, Ohio, isn’t.

“I don’t preach about polygamy, but I feel it’s a very Christian lifestyle,”“This is America and my wives and I have a right to live any way we please, providing we’re not hurting anybody.”We just want the opportunity to live together and have our marriages recognized,” he said.

Miller turned to Christianity after he spent seven years in jail for stabbing someone during a bar fight following years as a member of the mob, according to the news outlet.