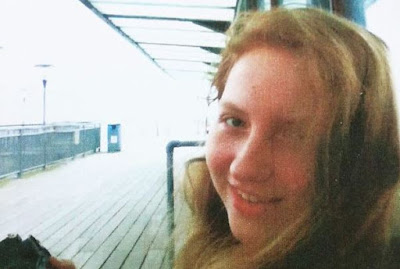 A teenage schoolgirl was found hanging from a tree after she began suffering from an allergic reaction to WiFi.

Jenny Fry was left with crippling headaches, tiredness and bladder problems brought on by electro-hypersensitivity (EHS).The 15-year-old's mum Debra said her symptoms were caused because she was allergic to wireless internet connections at her school.

Earlier in the day she had texted a friend telling her she was not going to school that day.

Although they had taken the WiFi out of their own home, it was still used in Chipping Norton School, Oxon., where she was a pupil.
Mrs Fry said:

"Jenny was getting ill and so was I. I did some research and found how dangerous WiFi could be so I had it taken out of the house.

"Both Jenny and I were fine at home but Jenny continued to be ill at school in certain areas.

"She was receiving lots of detentions, not for being disruptive in class or misbehaving, but often because she used to take herself out of the classroom to find another where she was able to work. She took her schoolwork seriously.I took lots of information into school to show the headteacher, Simon Duffy, but he said there was equally the same information available claiming WiFi was safe."I also had a heated exchange with teachers telling them Jenny was allergic to WiFi and that it made no sense making her take detentions in rooms that were making her ill.The least they could do was allow her to take them in rooms where she felt able to concentrate, but they wouldn't listen.I fully believe Jenny did not intend to take her own life. I think she was frustrated with school.She would not see a doctor but was seeing a counsellor at school who was helping her.She had not made any suggestions she was thinking of suicide and I believe it was a cry for help."

Jenny's parents are now campaigning to remove WiFi from nurseries and schools and urging the government to look into researching EHS.