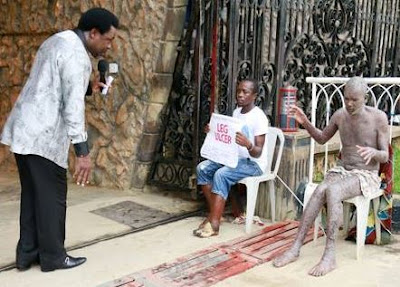 Nigerian Pastor T.B. Joshua has released a controversial YouTube video purportedly showing the healing of a man with horrific snake-like scales across his body. The clip titled, ‘A Video You Will Never Forget’ shows Mr Jude Oraka from Anambra State, Nigeria, receiving prayer from the popular cleric during a prayer service at The Synagogue, Church Of All Nations (SCOAN) in Lagos.

Oraka, a driver by profession, claimed he fell victim to a strange skin disease six years ago which "defied medical comprehension". Jude’s sister described him as a "walking corpse" whom the family had given up on. However, several months after receiving prayer, Oraka returned with smooth skin to testify that "he was healed by Jesus Christ through T.B. Joshua".

The clip has already racked up over 100,000 views since its release and attracted hundreds of comments from both skeptics and believers alike. Joshua is not a stranger to controversy, making headlines this week for not showing up at a court case surrounding the deadly collapse of a building within his church premises last year. Emmanuel TV, which debuted on DStv and GOtv last month, is one of the most popular Christian television stations in Africa. It’s YouTube channel has over 265,000 subscribers, making it among the most subscribed Christian channels worldwide. I 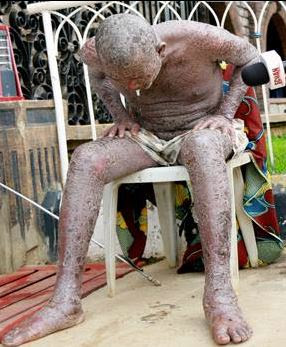 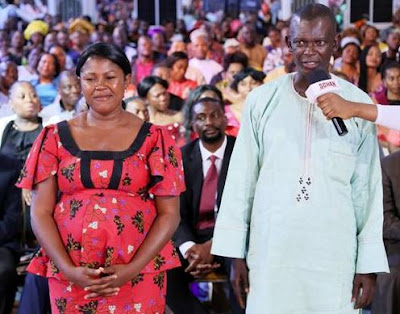 The men looks different though.. Watch video below...