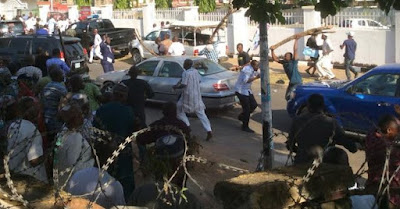 Violence erupted outside the All Progressive Congress Headquarters in Abuja after Yahaya Bello, the party’s choice for the Kogi State gubernatorial arrived at the HQ in Abuja.


Over 1, 000 youths stormed the secretariat of the party where APC leaders are holding a meeting over the Kogi state election.

On sighting Yahaya Bello, they went out of control, attempting to attack him.It took the combined effort of security agents to smuggle Bello from their midst. 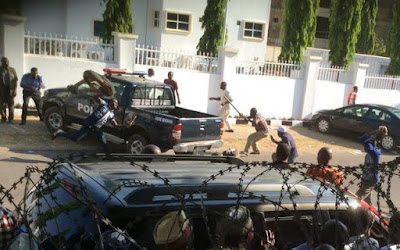 Yahaya Bello was earlier nominated to be the new candidate after Audu Abubakar passed away, but the decision met with a lot of opposition, prompting the party to call for an emergency meeting.