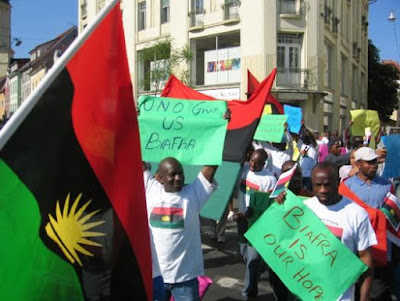 The Indigenous People of Biafra, IPOB ha said they are not interested in suggestions being flown by some Northern elders to the effect that Ndigbo would be allowed to clinch the presidential seat in 2019.

Speaking to newsmen on Wednesday,spokesman of the IPOB, Emma Powerful said they are not interested in Nigeria’s affairs any longer..He said
“If politics of compensation was used to favour Obasanjo in place of June 12 annulment and was also used to favour Buhari in place insurgency, that is their own cup of tea. But for us in IPOB, we are not interested in that politics of compensation whereby we are being told that an Igboman will become Nigeria’s president in 2019 and we will begin to listen to them”.

“All we want or are interested in is to release our leader, Kanu and then allow Biafra to be and not Igbo presidency”, he stated.