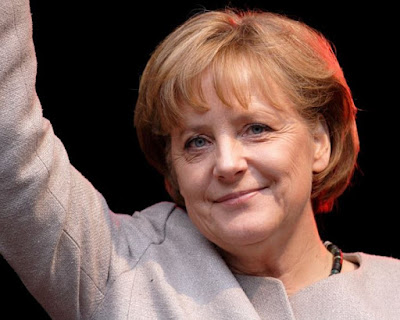 Germany’s chancellor, Angela Merkel, has proposed tougher laws that would make it easier to deport migrants after a wave of sex attacks in Cologne that were allegedly carried out by asylum seekers – an incident she is reported to have described as “a bombshell”.
Merkel is said to have made the remark while speaking to members of her Christian Democrat party (CDU) at its closed-door annual policy meeting in the western city of Mainz on Saturday, sources told Der Spiegel.

They have also already led to a dismissal, with Wolfgang Albers, the president of Cologne police, forced to leave his post after grave misgivings were expressed about his force’s handling of events.

CDU party members repeatedly insisted that the New Year attacks marked a “sea change” in attitudes to Germany’s open-door policy, which has seen around 1.1 million refugees arrive over the past 12 months.

The meeting quickly evolved into a crisis summit for Merkel, with a number of voices previously in favour of her refugee policy saying they now had doubts. It also discussed the withdrawal of refugee or asylum-seeker status from anyone sentenced to a non-parole prison term.
At the same time, Merkel said that the government had to do more to calm people’s nerves. She is reported to have said that she believed more unrest would follow.

Participants in the meeting said she feared the Cologne perpetrators would not be given tough enough sentences to lead to their deportation. “The people will not understand this. We must have answers to this topic,” she is reported to have said.

The other unanswered question is where the asylum seekers might be deported to: it would be impossible to send someone back to a war zone.

Volker Bouffier, the prime minister of the state of Hesse, told the meeting: “Cologne has changed everything. People are full of doubt.”
Many CDU members reported how unhappy the mood was in their own constituencies, with Arnold Vaatz, the deputy chair of the CDU’s parliamentary faction, saying: “People are speaking about a loss of control.”
Carsten Linnemann, head of the CDU’s Mittelstand association, which represents the medium-sized companies that make up the bulk of the German economy, reported that many of the CDU members he knew were considering leaving the party out of disgust over the refugee policy.
“We need to call a spade a spade,” Linnemann said. “What Cologne demonstrates is that if the stream [of refugees] remains so high, integration will not work.”
But Merkel has so far shown no sign of shifting from her position that Germany must remain open to giving refuge to those in need.