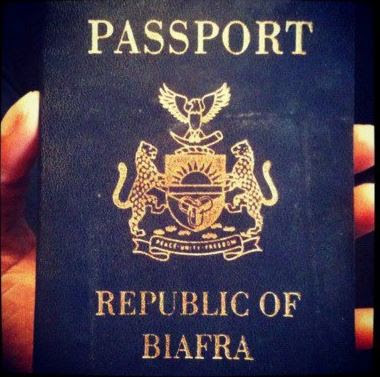 Movement for the Actualization of Sovereign States of Biafra, MASSOB, has said that Biafran passports being issued to its citizens are valid and accepted in various countries across the globe. It insisted that many citizens of Biafra had used the passport issued by the Biafran Directorate of Passport, and travelled overseas without hitches.

In an interview with Vanguard, MASSOB’s National Director of Information, Sunny Okereafor, warned the federal government to stop seizing Biafra passport or threatening its holders.

“Many people with Nigerian passport have been repatriated, but have you heard of anybody with Biafran passport receiving such ill-treatment?”

He disclosed that the Biafran passport cost N5, 000 and could be renewed with N2, 000 and denied reports that people who bought the passport are being turned back at various airports