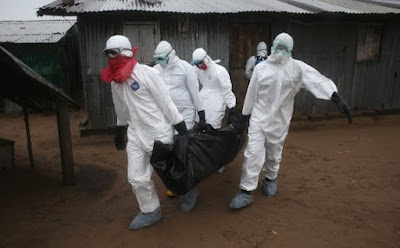 The Lagos State Government yesterday confirmed two more cases of Lassa fever in the state with one of the victims already dead.

The development brought the number of Lassa fever cases in the state to three, including the index case at Ahmaddiya Hospital in Ojokoro part of the state.

The Commissioner for Health, Dr Jide Idris, yesterday said the deceased is a a 51-year-old resident of Ilasan Leki and indigene of Edo State,was initially admitted at Divine Medical Centre in Ikoyi on January 12, this year, but died at 2 pm the same day before the result of the laboratory test that confirmed him positive was received.His corpse has been kept in the morgue in a leakproof body bag.
He said his ministry had listed 447 contacts of the confirmed cases and 438 (98 per cent) of the contacts were being monitored.

The index case was responding to treatment at the Lagos University Teaching Hospital (LUTH),while the second victim,a 36-year-old lady; an indigene of Kogi Statehas since been receiving antiviral medication.