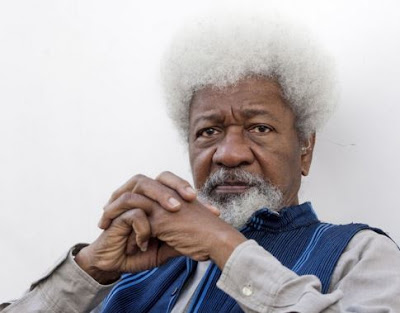 Nobel Laureate Wole Soyinka says the current anti-corruption fight by the federal government has revealed an unprecedented level of corruption that has never been recorded in Nigeria before. Soyinka said this when the Minister of Information and Culture, Lai Mohammed, paid him a courtesy visit at his home in Lagos today January 9th.

"We have not had a case where it had been alleged and increasingly proven that money supposed to be spent on defending ourselves, our nation, our neighbourhood, has been shared among individuals. We never had experience where we were in a state of critical emergency where children are being kidnapped under our noses. Never had there been a situation where we are helpless and our soldiers are sent to the front to defend our very existence and we are not backing them up with conduct that shows integrity and commitment. Because of these reasons, corruption is really desperate and has chosen to fight back, but I am confident that corruption will be tackled," Soyinka said.