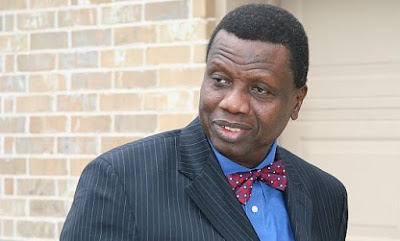 The General Overseer, The Redeemed Christian Church of God, Pastor Enoch Adeboye, has revealed his prophecies for 2016, which include the emergence of a new sexually transmitted disease and the aversion of a major war.

Adeboye made 11 revelations, which according to The Cable, were contained in a newsletter by Liveway Radio. The predictions were divided into three groups: Prophecies for individuals; prophecies for Nigeria; and international prophecies.
Adeboye’s predictions under Prophecies for individuals are: “Some families will trace the beginning of their generational blessings to this year; some will obtain help from unexpected sources; grateful hearts will have more causes to be grateful; for many, the pendulum of life will generally be on the upward swing; and a chosen few will receive blessings so large they can hardly contain them.”

For prophecies for Nigeria, Adeboye said, “Things are likely to get tougher before they get better, but things will get better before the end of this year; and what He started last year, He will finish this year, provided we don’t rejoice too soon.”

Under the international prophecies category, Adeboye said, “Natural disasters, floods, fires, earthquakes are likely to get progressively worse, until governments realise that these are part of divine judgements against those who pass ungodly laws; if a government will repent of disdaining Christ and His church, He will help them win the fight against terrorism; a major war will be averted this year; and a new sexually transmitted disease will surface this year.”

It is a tradition for Adeboye to release prophecies at the beginning of every year.