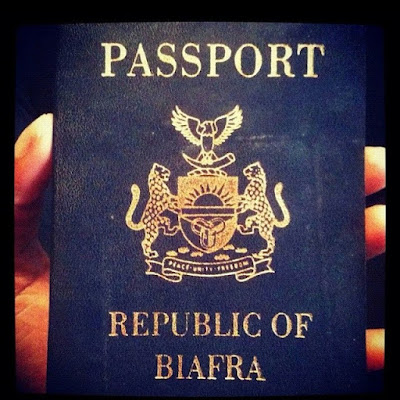 The governments of the United States and the United Kingdom have said they do not recognise the passports being issued by the Movement for the Actualisation of the Sovereign State of Biafra.

The National Director of Information, MASSOB, Sunny Okereafor, had said two weeks ago that the passport was valid worldwide, adding that the travel document costs N5,000 while its renewal costs N2,000. He had said,

However, our correspondent sent an email to the American consulate in Lagos to inquire from the US regarding the claim of MASSOB.

In his response, the Deputy Public Affairs Officer at the consulate, Frank Sellin, said, “The United States does not consider passports purporting to be from a Biafra entity to be a valid legal document for purposes of visa issuance.”

A similar response from the British Government was sent to The PUNCH via email.
The UK recalled that it did not support the disintegration of Nigeria during the 1967 Biafran War and had not changed its stance 49 years after.

A statement by the Press and Public Affairs Officer, British High Commission, Abuja, Mr. Joe Abuku, read in part, “The answer is unequivocally ‘no’. The UK does not recognise the so-called Biafran passport

“The position of the UK Government during the Biafran War is a matter of historical record. The UK Government’s position, which reflected the Charter of the Organisation of African Unity, was to recognise the borders laid down at independence.

“The Biafran War caused great suffering and the UK supported the reconciliation work that followed the conflict. The UK supports the territorial integrity of Nigeria and the Nigerian Government’s commitment to work for a secure and prosperous Nigeria for all Nigerians.”