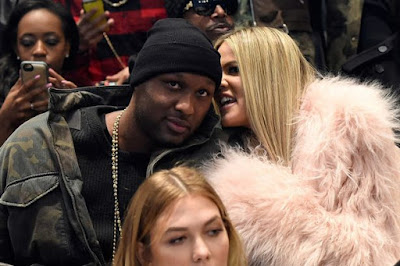 Khloe Kardashian has admitted that remarrying estranged husband Lamar Odom would be "the best dream", despite everything that's happened.

Speaking on an upcoming episode of her chat show Kocktails with Khloé, she said:

"I mean, that would be like the best dream ... like, okay, I hope that first marriage could happen again but it's really hard to erase everything that happened.Just building a friendship back is what I'm doing now, it has nothing intimately, nothing at all, just pure love and I want someone to learn how to love themselves again."She continued
"I do one day, I need to get married again. Listen, at this point, I don't know what tomorrow is going to bring, I've learned that.


"They say if you want to make God laugh, tell him your plans, so I have no plans to be made. So even if I remarry the same person again – I don't know, that's not where I am right now."