Rihanna's dad says he'd love her to be with Chris Brown .... 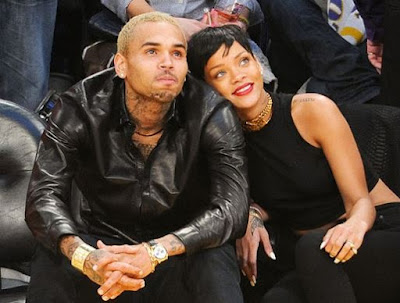 I wonder if Rihanna would be happy with her dad still granting interviews about her ..However, her dad admits he is finding it “tough” to hear her singing on her new album about the savage beating she suffered from Chris Brown , but says he has forgiven her ex.

Her Anti album features the track Love On The Brain in which Rihanna sings:

“I like her stories but this song was tough to listen to. “Chris will always have a place in our family and my heart.He respects me, calls me pops and I like him – despite what happened. He’s very talented and always humble. I’d support them being together.”It was a very difficult time for the whole family. Nobody wants to see their daughter hurt.
He continued

I remember I had a phone call from one of her old security guards, he told me he and a biker gang were going to ride to Chris for revenge.”I was angry but it’s a long way to go, I wanted to go.“I told them to give me a few days because I felt like doing it myself, you know? I was going to fly in, get picked up from LAX and ride to Chris’ place so I could do it myself.

“When I called him the next day to arrange everything I cooled down and put a stop to it. She doesn’t know about this, she was going through enough.”