Confession of a Witch Caught In Delta State [PHOTOS] 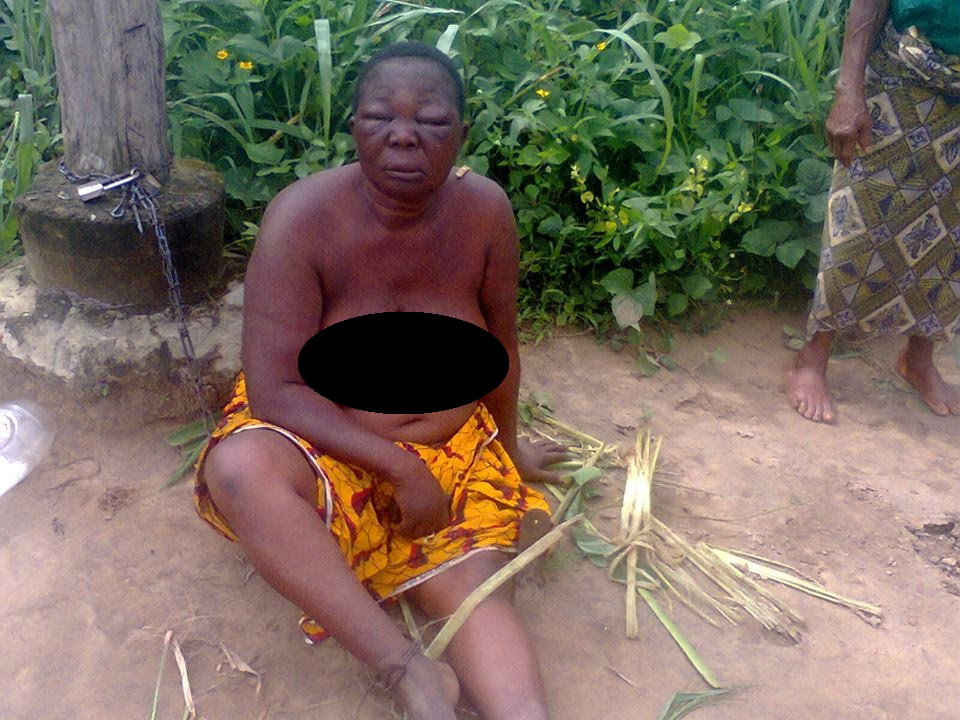 Alleged confession of a ‘witch‘ who was caught in Delta State.

A FB user, Blessing shared the story both yesterday and today. According to him, the witch was caught as she was on a mission to cause misfortune in a certain location… Read below:

“True life confession!!!
This woman name( with held) was arrested by God early today along Owevwe road, when she was ask where is she coming from, she started confession that she was sent a message from coven to cause misfutne in Owevwe road, and also to capture one Juju along Owevwe road.
In her further confession, she said she have 5 children she has successfully kill 2,she said that she put misunderstanding in one of her son marriage,she said she was the one who stop one of her son who was buying cars from London to sell in Nigeria,she was the one who made customs to seize her sons goods, she collected one of his son Dick in coven.
She was responsible in some accident that recently happened along Owevwe Road.

She also said that she attend GGM and attend prayers in Gods Sabbath mission saniko, that when ever the pastor is praying for the people she hold the prayer on air. That non of his child will progress in life, she also said she have airplane in the spirit world.
This is how God will continue to disgrace them.