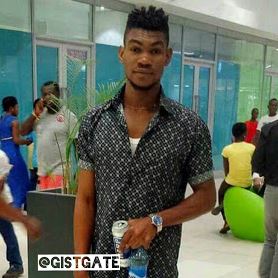 According to information made available to ifeanyicy.com, Chidi, 24 years was said to have being spotted around Bishop Court Area (IMSU back-gate) when the yet to be identified cultist confronted him and wanted to snatch his phone,the victim's stiff resistance was said to have angered the alleged cultist who pulled out his gun and shot chidi to death around 10pm.

His corpse was reported to have been removed and deposited to the mortuary, our source told.

It was learnt that Imo state university is notorious for cultism and cult related killings as over 15 cases of shootings was reported in 2016 alone.

Meanwhile, Imo State Police Command Public Relations Officer, DSP Andrew Enwerem, said they are yet to be briefed on the matter when contacted. 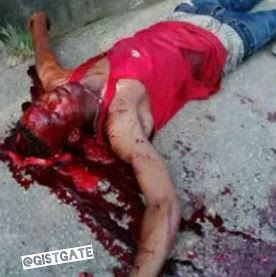 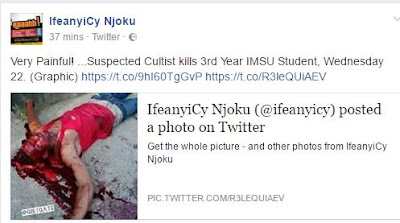