Blac Chyna and Rob Kardashian's romance is finally over, calls off wedding 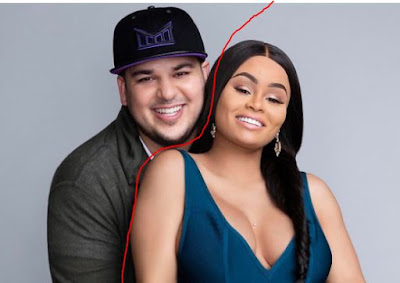 Blac Chyna and Rob Kardashian's romance is really over, as the couple whose split surprised all last year, have also called off their wedding scheduled to hold this year.

The reality TV star couple made up after they broke up last year, and also went
separate ways again after someone hacked into Blac Chyna's Instagram account and other unpublished messages, where she made heartbreaking remarks about her boyfriend Rob Kardashian to other men. She left the house with their baby, after Rob confronted her.


The couple celebrated their first anniversary this January, where Rob disclosed that he's trying to become a better man and take all the blame.

A People's Magazine source close to the couple said; “They split a while ago. The wedding plans are off. They are both trying to be mature about it. It was less dramatic this time.”

With this, it seems they're never getting back together again.