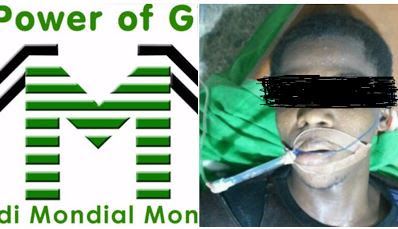 Adakole, the groom-to-be who drank insecticide last December after MMM froze users' accounts, has died from stomach complications resulting from the poison he took last year.

Adakole had reportedly invested N300,000 meant for his wedding into the Mavrodi Mondial Moneybox Ponzi scheme, however, only two weeks to his wedding, the scheme crashed, causing Adakole to make an attempt on his life.

Attempts to save him seemed successful until yesterday, Adakole succumbed to internal complications and died in Abuja. A family source revealed to Daily Post that Adakole passed away on Monday evening.

“Yes, he died this evening. His body has been deposited at the mortuary as we speak,” Adakole reportedly made efforts to reclaim his money after MMM resumed but he was not successful. “No, he was not paid. In fact, he threatened to arrest his guider before the stomach upset returned last week and we rushed him to the hospital where he finally died. I don’t even think MMM is back, if not Adakole would have been the first they would consider. We attempted to reach them to recover Adakole’s money but they kept telling us to provide help to get help; obviously, the scheme has crashed, ” the family source said.

Adakole's family members and especially his fiance, Chenemi, are reportedly inconsolable. They had begun to hope that he would survive and a wedding date had been fixed for a later day before he passed on Monday.